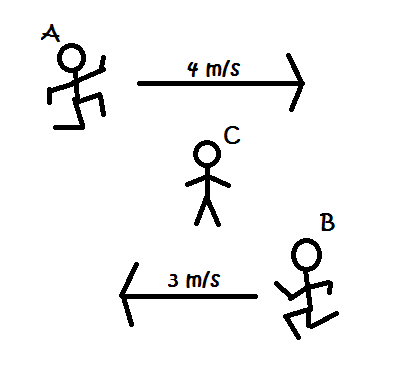 In this particular example, relative to stationary person C, Brian, person A, Sam, appears to be moving right at 4 m/s, and person B, Aaron, appears to be moving left at 3 m/s. However, when we take Sam and Aaron to be the reference points, they would think that the other person is moving past them at 7 m/s, because relative to themselves, the other is indeed moving past them at 7 m/s. When we take this concept into account and make it into 2 dimensions, x and y, vertical and horizontal, we have a whole new type of question: commonly known as riverboat questions. 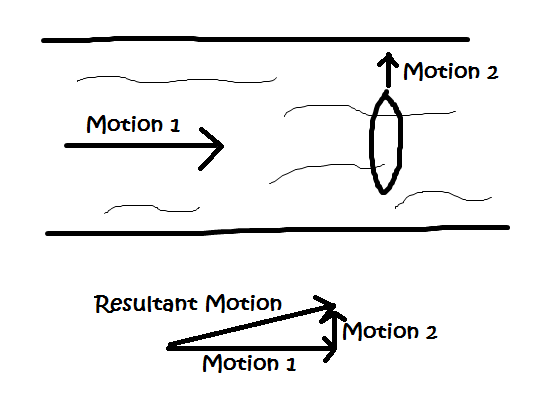 Notice above, how the from the reference point of the boat, it is moving North with its velocity, but the river itself is also moving East with its own velocity. As a result, from a more objective standpoint, the boat's motion isn't simply its own motion, but combined with the motion caused by the flowing river.