What are DC Circuits? 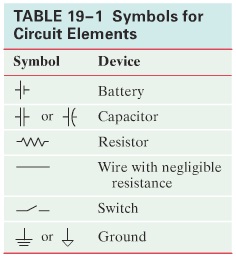 The figure to the right depicts and explains the meaning of essentially every symbol that may appear on the AP Exam and is also related to DC circuits. Take a close look at each symbol before moving on to the specific sections under this major category.


Below is a detailed graphic organizer that includes all of the major ideas that will be discussed in this chapter. If you don't have a lot of time in hand (such as when you cram for tests), I suggest you to look at the graphic organizer first. The optimal viewing magnification is 100%.