An object at rest will remain at rest unless acted on by an unbalanced force. An object in motion continues in motion with the same speed and in the same direction unless acted upon by an unbalanced force. This law is often called "the law of inertia".
This means that there is a natural tendency of objects to keep on doing what they're doing. All objects resist changes in their state of motion. In the absence of an unbalanced force, an object in motion will maintain this state of motion.
Thus, in an ideal world, on a frictionless surface, an object can keep moving in the same direction with the same speed for eternity.

Please also note that force refers to net force in this equation. If two forces happen to balance out, then there will be zero net force and thus zero acceleration. When in doubt, draw a FREE BODY DIAGRAM!

For every action there is an equal and opposite re-action.
So whenever Object A exerts a force on Object B, Object B will exert a force with the same magnitude but in different directions back onto Object A. This is the principle of normal force.
Some may ask, then why does an object move at all if the action and reaction forces balance out?
It is because the two forces are acted upon two different objects.

Newton's Third Law can explain how a rocket works. The rocket pushes down on the ground with the powerful engines as the action force, the reaction force is from the ground acting upon the rocket and pushing it up. 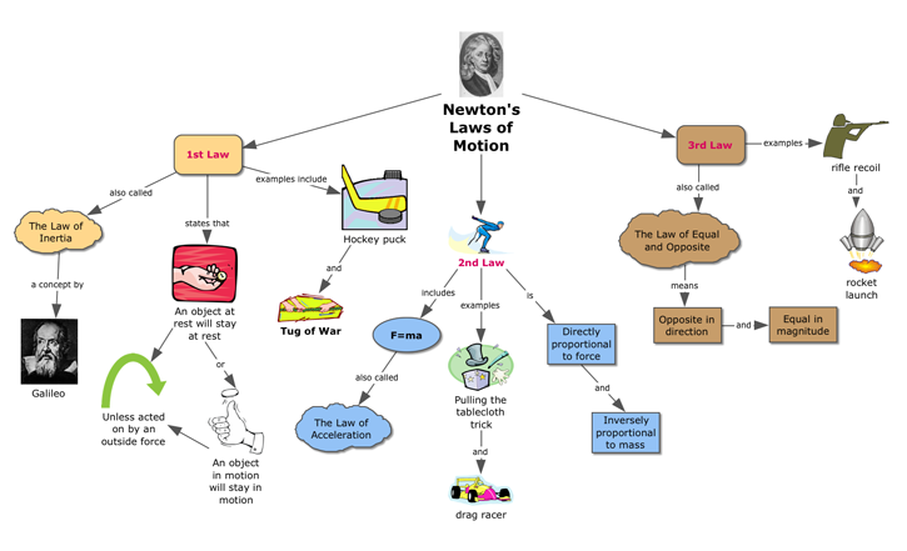