Interference and Diffraction in a Nutshell.
(it may be helpful to review concepts on waves in Chapter 11 before beginning) 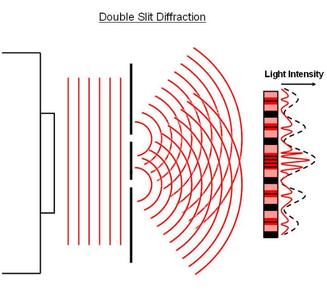 d : distance between the slits
Ө : angle between rays from each slit (approximately parallel) and the horizontal

A diffraction pattern exists around any sharp object illuminated by a point source. Light diffracts after encountering an obstacle; a detailed reason can be seen in the Extras section under Huygens' Principle.

D: width of a single slit
Ө: angle between light rays and horizontal

A large number of equally spaced parallel slits through which light can travel. Once again, a pattern is formed on a screen due to diffraction.

A picture is worth a thousand words. 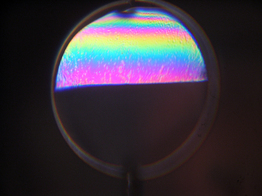 Light that travels through the film before being reflected must travel a long path than light that is directly reflected by medium 1. A viewer sees a bright surface when the waves arrive in phase (constructive interference) while seeing a dark surface when the waves arrive completely out of phase (destructive interference). Sometimes, the waves change phase by 1/2 cycle upon reflection.
Waves undergo phase changes when reflected by a material with a refraction index greater than that of the material in which it is traveling.
Eg: Light travels through air (n=1) and is reflected by water (n=1.33)

Even number of phase changes: 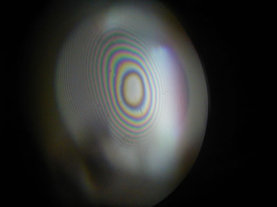 Newton's rings (pictured above) occur when interference between rays reflected by two pieces of glass with air trapped in between.

Light is polarized when it travels through a polarizer. Its intensity is also reduced by the polarizer.

Io: initial intensity, Ө: angle between the polarizer transmission (the "holes" of the polarizer) and the plane/oscillation direction of the wave
Light can also be polarized by reflection, when light strikes a nonmetallic surface at any angle other than the perpendicular.

Өp: the polarizing angle (at which light is 100% polarized), n: refractive index of medium 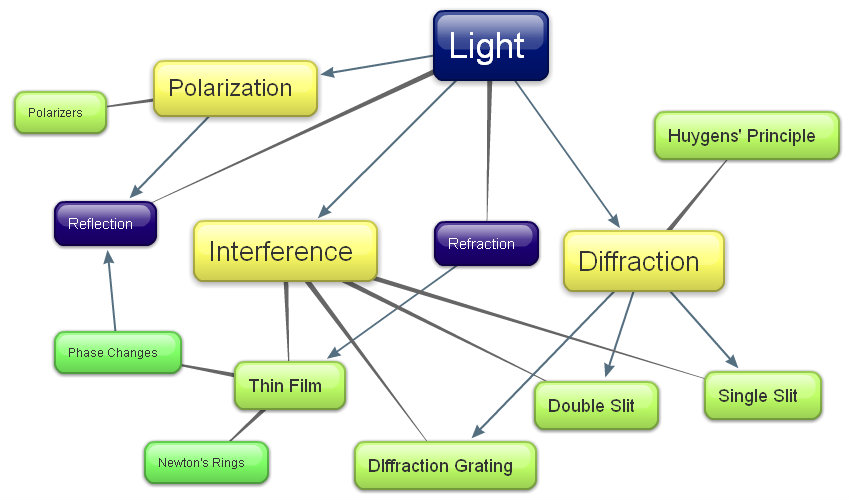