Before starting anything, let's review the notation.

Atoms of the same element that have DIFFERENT mass are called isotopes. This is a result of having extra neutrons.

For example, carbon is always element #6. However, we can differentiate between the isotopes by calling them in terms of their mass.
Eg: Carbon-12, Carbon-14.

Radioactive decay occurs when an unstable nucleus releases energy and/or particles. The AP exam only tests 3 (technically 4) types of decay: Alpha, Beta (Plus and Minus), and Gamma decay.

In beta-minus decay (sometimes known simply as beta decay), a nucleus releases an electron while a neutron in the nucleus becomes a proton.

In beta-plus decay (sometimes referred to as positron decay), a nucleus releases a positron (which is like an electron, but has a positive charge).

In gamma decay, a nucleus releases a photon, a particle of light (also known as a gamma particle).

Tips on Radioactive Decay Processes
Radioactive processes nearly always appear on the multiple choice section of the AP exam. In nearly all cases, the questions simply you to fill in a blank.

For example, they will ask: Radium (atomic number 228, mass number 88) undergoes beta decay. What are the resultant components after the process?

Basically, all you need to do is be familiar with the processes and make sure the math adds up.

In 1905, Einstein published his theory of Energy-Mass Equivalence, in which he postulated that mass held an enormous amount of energy within itself, called binding energy.

Binding energy (also referred to as rest mass energy) is an enormous amount of energy present in an atom that holds it together. The binding force is a powerful, short-distance nuclear force that keeps all of the components of an atom together. It is not gravitation, electric, or chemical.

Based on these experimental findings, Einstein postulated that mass and energy could be turned into each other. He came up with perhaps the most famous formula in all of science, to explain how it works. You can check the extras section for a recording of him explaining his findings. 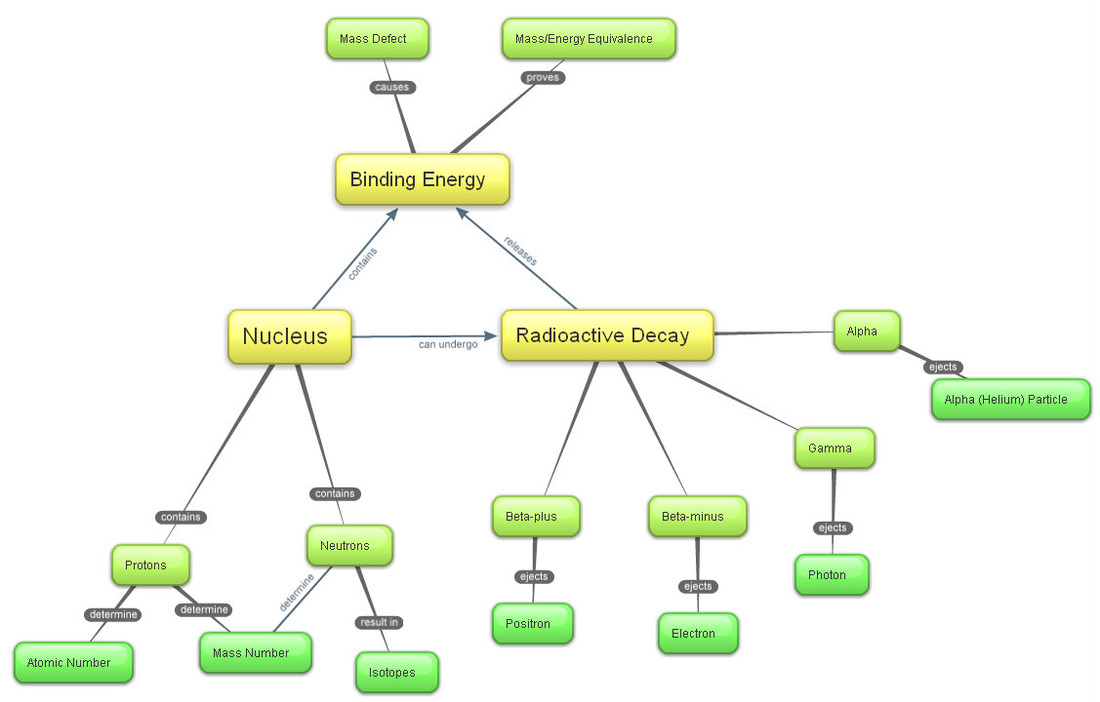