<< Forces Due to Magnets 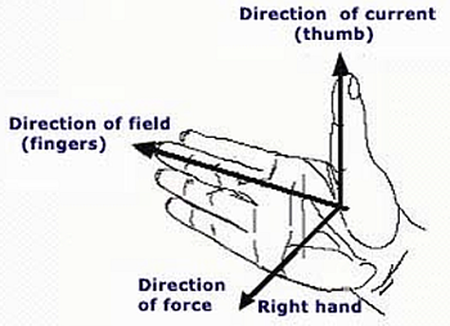 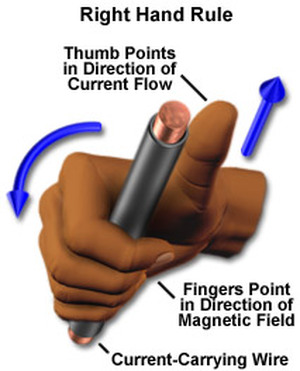 One of the variations of the right hand rule is Fleming's Left Hand Rule, commonly used on current carrying wires, shown below: 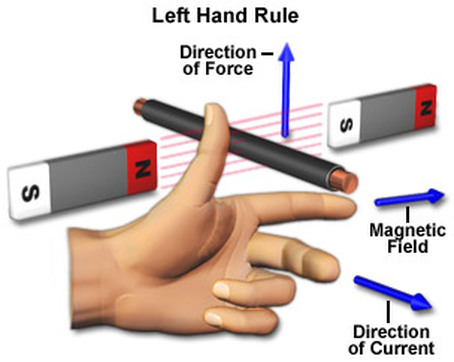 Just to confuse things a little, you can also use another right hand rule to illustrate the same principles that Fleming described with his left-hand rule. Point the thumb of the right hand in the direction of the current and the rest of the fingers in the direction of the magnetic field, which extends from the north pole of a magnet to its south pole. The direction that the palm is facing when the hand is in this position is the direction of the force exerted on current (charged particles), called the Lorentz force, but that's for another time.
Graphic Organizer >>