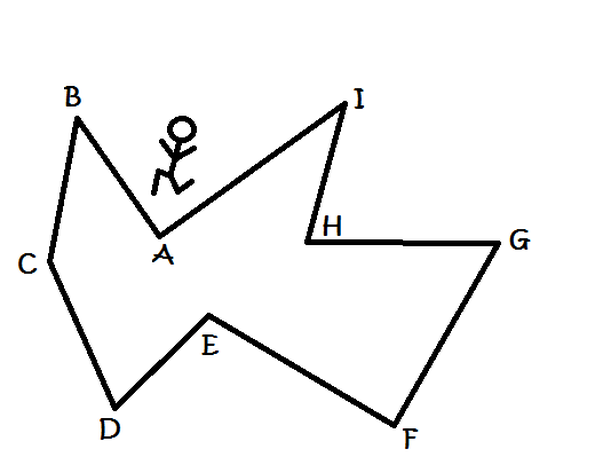 So if Mr. K suddenly decides to run from A to B to C to D to E to F to G to H to I all the way back to A, he would have traveled quite a distance (the perimeter of polygon ABCFEFGHI to be exact), but would have zero displacement.